Over the years, Marty has held several management positions related to operations, materials management, and marketing. He began his professional career in 1990 with Wheel Corporation of America, where he worked as a production employee and gained experience on freight car wheel set production and materials. He was consequently promoted to materials and quality manager in 1991. Marty joined Progress Rail in 1993 when Corbin Railway Services purchased Steel Processing Services. Shortly thereafter, he was named assistant vice president of materials management for the company’s freight car wheel shops, freight car parts and car dismantling operations. In 1998, Marty became vice president of operations for the company’s wheel and axle shops, parts reclamation, mobile crews, and outside yards. Marty was named vice president of sales and marketing for the Locomotive and Railcar Services (LRS) business in March 2002, and in 2009, was promoted to vice president and chief marketing officer for LRS. In 2011, he was promoted to LRS senior vice president, and in 2018, with expanded responsibilities internationally, was named executive vice president of rolling stock (formerly LRS). In 2019, Marty moved into his current position.

Marty attended the University of Louisville in Kentucky, where he studied accounting and played baseball.

He and his family reside in Albertville, Ala.

COMMITTED TO THE LONG HAUL

Railroads transport goods and people millions of miles every day. At Progress Rail, we believe in going the distance with them. Our mission is to deliver superior value in a cost-effective manner. 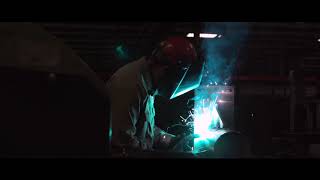